okay, couple more months and no replies. I assume this project is dead?
Top

Morhaf wrote: and here's a teaser I made for Swiss VirtualAirline:

Great, would you contact me please per pn, I need your help, espescially your help.

Yea its dead, since I'm being ignored by that VA guy.. he can just go f#ck himself.. I aint working like a dog to be treated like a dog

I suppose I could work on making it for FS now, but I dont know.. u guys want? I'm working on a film project right now that I've wanted to do for some time now, so that's gonna keep me busy with 3D. Maybe I'll have some time to work on it during renders or something, we'll see..
Top

but I dont know.. u guys want

You have at least 1 User of it.

. This project looks really great and it would be sad, when you end this only because of a guy who has no idea.
Top

I want it for fs9

I was looking forward to your A340 - please keep it alive!

does anyone now when the release can be expected ?
Top

Just a little question: Did you realize the splitted ailerons?
Top

Would love to see it for FSX!!!
Top

And my request,
make sure a manual for installation of aircraft with fsx i have never been able to install the a320,319,318 guys
Top

the doors are wrong, it's not proportionate, it's too high on the fuselage. Bring it down

It's not dead. But it isn't really alive either.. I just think sometimes taking things slower is better. Just ask any sloth! :

lol! well least it not dead, good to hear from you again Morhaf 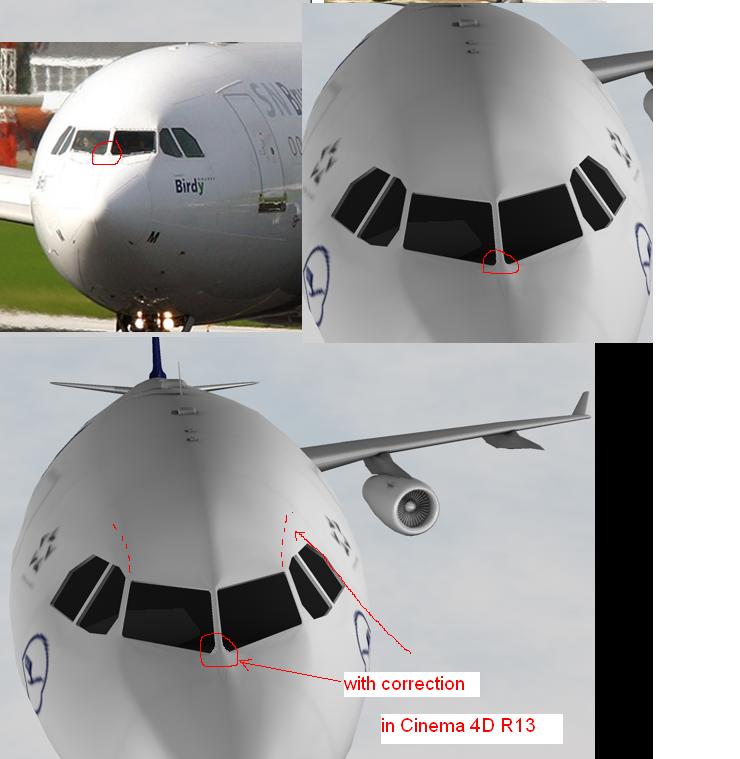 This is real beauty. Only shame there's not any good out the for FSX with a good lookin' VC !
Top

Any news about this amazing project ?
Top

Not a lot of progress, I know, sorry about that. After losing some valuable files (including those beautiful main textures, which is why the model is not textured anymore), I kinda lost motivation.. Anyway I have some interesting projects planned (including making it aviable for FS, but thats later) so stay tuned

I love the wingflex! It is quite realistic indeed

But if I'm not mistaken, this is not the official Project Airbus A340 from the A330/A340 Thread right?
Top

The only thing that's in danger of being stopped is your ability to post here.
Top

esg wrote:The only thing that's in danger of being stopped is your ability to post here. Any updates? This looks like a really great model that has had a LOT of hard work put into with lots of skill! There aren't many decent models of the Airbus A340-300 for MSFS, but this looks really good! Btw, sorry about the file losses, that must suck bad. I hope if you do continue this, that it will be very successful, don't let anything get you down! You've done a great job so far.

Thank you! As mentioned earlier, I have recovered my old texture files, so I just need to remap everything and tweak it a bit, so it's fine. Though there isn't really a point in me releasing this for FS when Pairbus has already made (a better) one, lol so we'll see where it goes. I will keep updating though

Morhaf wrote:Thank you! As mentioned earlier, I have recovered my old texture files, so I just need to remap everything and tweak it a bit, so it's fine. Though there isn't really a point in me releasing this for FS when Pairbus has already made (a better) one, lol so we'll see where it goes. I will keep updating though

Thanks for the quick reply! But I've not seen any news about a Project Airbus A340? Or is it still in development? But anyway, good luck on your Model, and I'm glad you have recovered the old files! I've not seen the Pairbus model, but yours does look pretty accurate. Good job!
Top

Final exams are done, so now I finally have time to continue my work. Retextured everything, and also updated it to the new swiss livery.

Also, because of my lousy graphics card, the textures can't be previewed as sharp as before. They do render normally though.

NOTE: If the images don't fit, just click on them to open in a new window

This is not the model for FS btw. I've noticed a lot of mistakes in the model, so I'm probably going to remodel a lot.

And just to get back at some previous comments:


M@rco wrote:Just a little question: Did you realize the splitted ailerons?

Yes, the ailerons are splitted, they're two sperate objects. I personally havent noticed them moving noticably different in flight though..


Nixpilot wrote:the doors are wrong, it's not proportionate, it's too high on the fuselage. Bring it down
Here's a photo:
[image]

hmmm thanks for pointing that out. The forward doors are also twisted a little, which I havent been able to do up untill now, but I'll look into it

Thank you for noticing, I adjusted the cockpit windows and they're acurate now, but the fuselage shape still needs some work, I'll get to that later when im remodelling everything to be FS compatible
Top

Cool to see you back Morhaf.

Keep it up man
Top

Keep it up man

Thank you, its good to be back

I just got a new GPU, so to show it off, here are some useless renders and viewport views: Beautiful! It's quite realistic indeed! Out of curiosity, what GPU did you upgrade to? Those pictures look like they must have taken quite some GPU time (or CPU, depending on your software) to render.
Top


TheRedBaron wrote:Out of curiosity, what GPU did you upgrade to? Those pictures look like they must have taken quite some GPU time (or CPU, depending on your software) to render.

I upgraded to the ATI Radeon 4850. It's not amazing, but its a whole lot better than what I had before. I'm using Cinema 4D, however I'm not sure if its actually using any GPU power at all while rendering (I guess it doesn't, since the renders took forever. I think the CPU (dual core), hard drive and RAM (1GB) are bottlenecking the GPU, so I probably need to upgrade my whole system lol)
Top

Here's a short animation preview I made. All node-based; no keyframes. Thought that might be interesting..

Impressive! I love how fluid and natural it looks!
Top

will it be released?
Top